Undoomed game is the first game launched by Croesus Studio, which combines farming, strategy and tower defense into a very playable game, where players can earn money while having endless fun. The game is currently in public test period, game lovers are welcome to participate in the test, there are rich rewards waiting for you.

This article will introduce the core gameplay and roadmap and tokenomics of Undoomed.

Heroes are the core NFT resources of Undoomed GameFi. Heroes are divided into 3 professions: Warrior, Mage and Ranger, with 5 types of rarity and 8 different levels. Players can not only give their heroes the name of their choice, but can also upgrade their rarity and level. The most important uses of heroes are staking (generating crystal resources) and leading the troops into the fight. 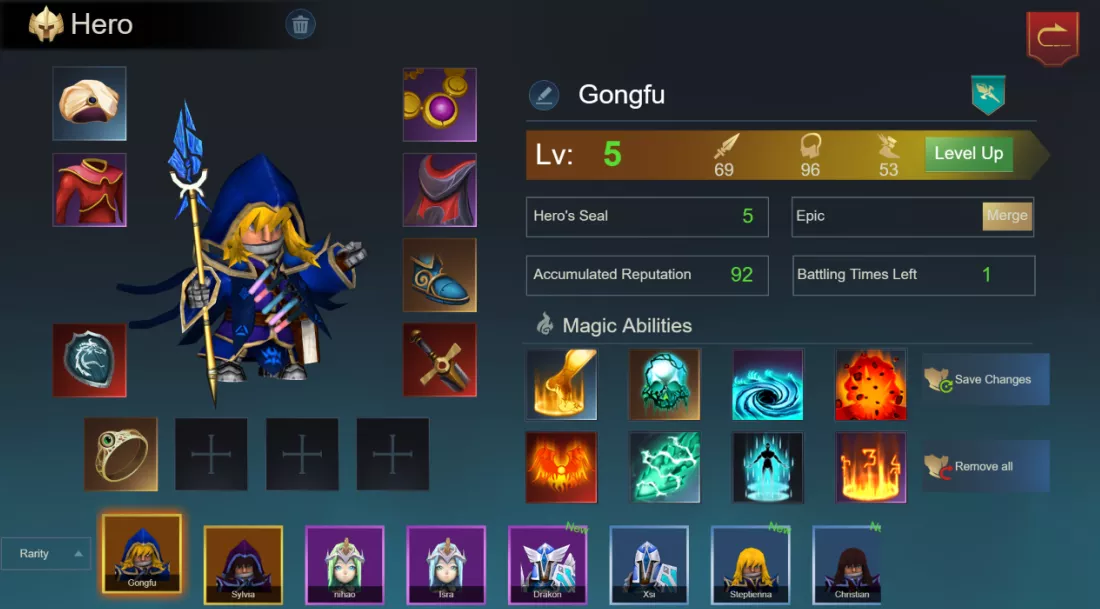 Items are also NFTs , and divided into two types: equipment and magic. Players can get magic scrolls and equipment through the Magic Guild and the Blacksmith, respectively. Items are divided into 1-5 levels, the use of various items is very different, and key to play an unexpected role in turning the tide. Players can also get sacred items and Spell Books through the merging function. 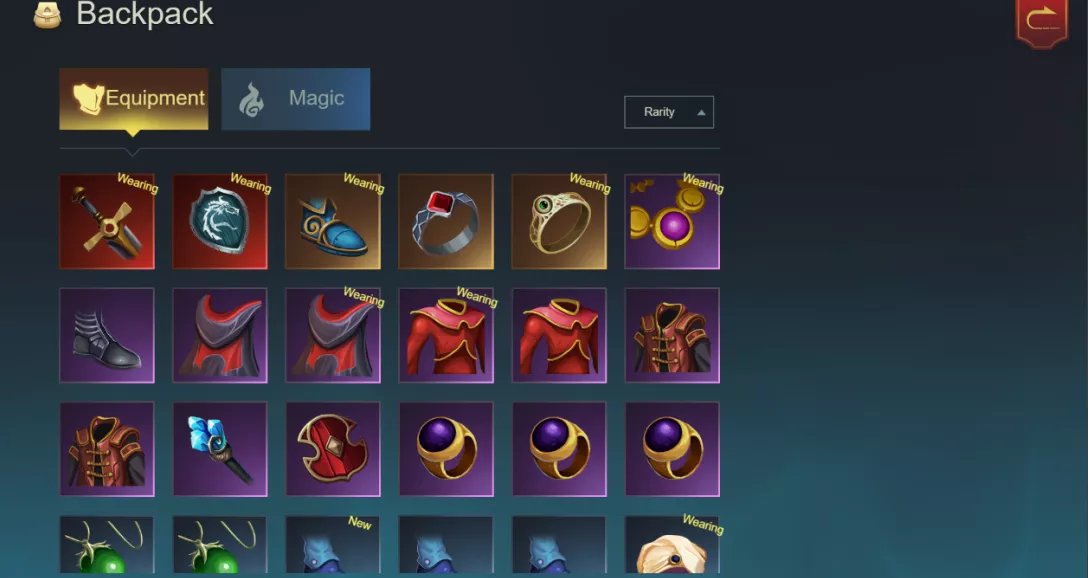 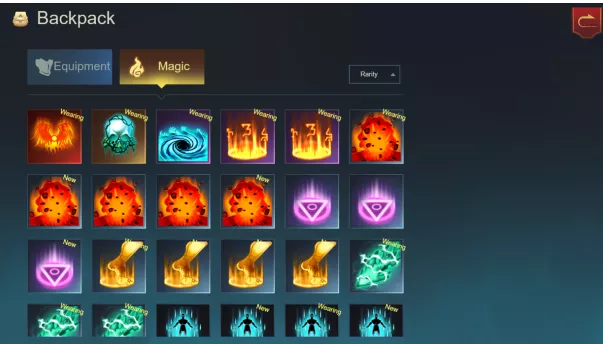 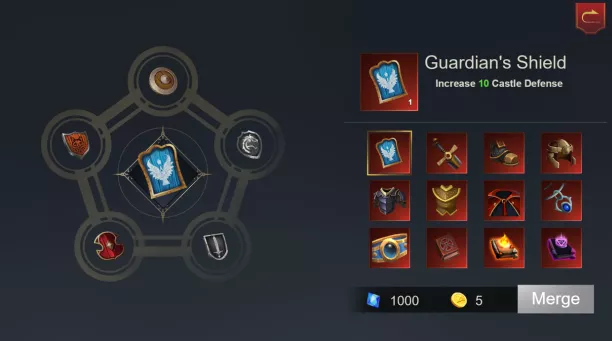 The buildings in the castle have three main functions, production of resources, military training and NFT minting. The first two types of buildings require players to consume resources to build manually, such as the need to build the City Hall and Capitol where heroes can be staked to produce more crystals. Players can build archer’s tower, mage towers, etc. to unlock higher levels of soldiers. 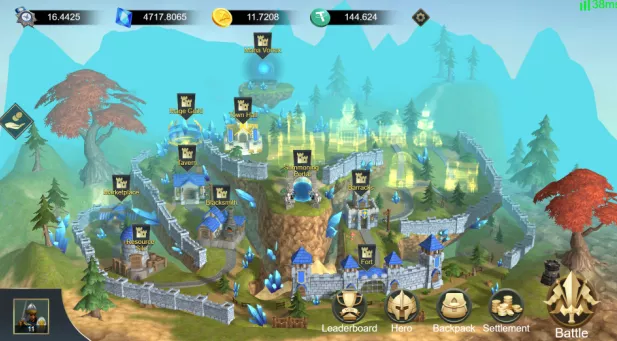 The Battle is the most interesting part of the whole game. Players need to accurately calculate resource consumption, clever soldier layout, let the hero wear the right equipment, manually release magic, and even combine to release magic and other skills. Different strategies will lead to different results.

The rewards in the game are abundant. Daily rewards include leaderboard rewards and Reputation rewards. Players who join battles pay a $2 battle tax, and 30% of this battle tax goes to rewarding the best players. Heroes are rewarded with crystals for being staked, and there is a reputation reward at the end of each battle, that will transform into COSS token after the daily settlement. 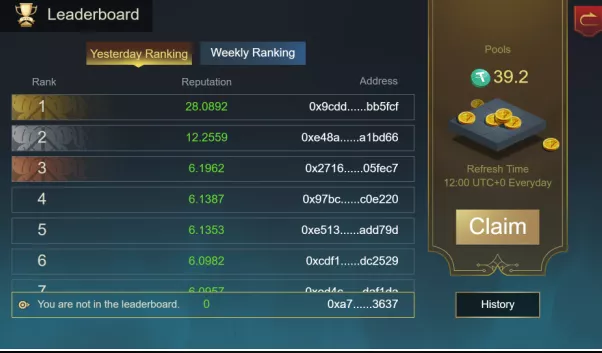 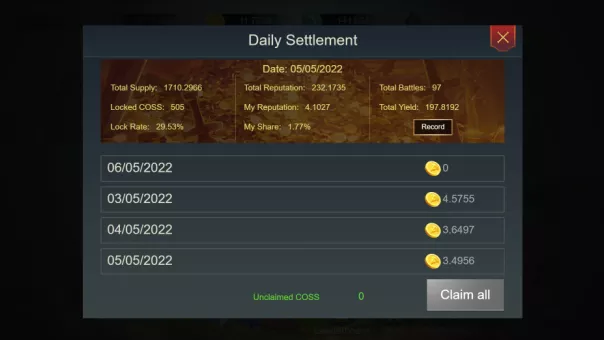 The specific roadmap reference is as follows.

Undoomed is committed to creating a completely fair and equitable economic model, and has made great innovations to effectively prevent excessive inflation of tokens. The game's main economic resources are divided into two types, one is crystals (no cap) and the other is COSS tokens (21 million total).

(1) Almost the vast majority of COSS tokens are generated by players through the game, which will have a very circulating supply of COSS in the initial stage and a very low market value for the whole project.

(2) The number battles each day determines the daily COSS token production, in other words if there is no player in battle one day, no tokens will be minted, eliminating excessive inflation.

(3) And every time players join a battle, they need to pay a small battle tax, 70% of which is used to join the dex pool to stabilize the coin price. 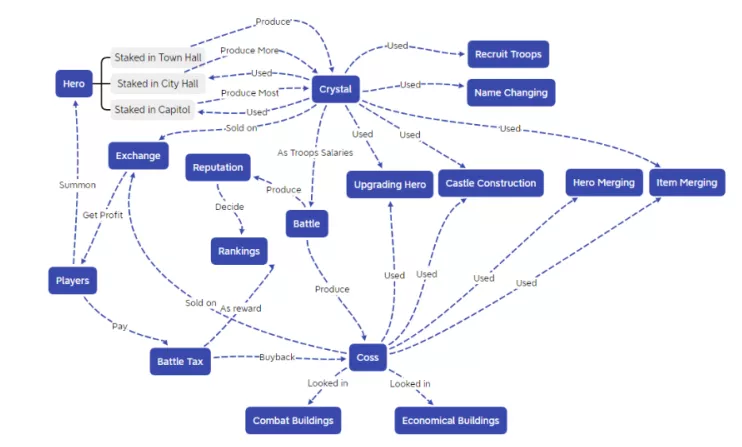 As you can see from the chart above, participating in battles is the only way to get COSS tokens, and COSS has a wide range of using cases, mainly including.

Players can also lock COSS in economical buildings to increase the efficiency of generating crystals.

As one of the materials for buildings.

As one of the materials for upgrading heroes.

As one of the materials in the merging items, etc.

Undoomed game is likely to go live on Astar network in May and join the Dapp Staking program, there will be bigger news announced, we hope you will actively participate and stay tuned to Undoomed game.