A Thousand Times A Day, The Cattle Return Quickly?

The current NFT market can be said to "perfectly" inherit the overall situation of the current encryption market, that is, a backwater. Even at the negative level, it is even worse (due to the weak infrastructure construction of the NFT market).

This is by no means aimless, just from Opensea's Top collections over last 24 hours list we can get a glimpse of the leopard.

The list lists 15 projects that have become more popular recently. From the latest list, we can find that most of them are old faces or derivatives of old faces, and there are only a handful of unfamiliar faces and words. This not only means that the project party lacks the motivation to innovate, but also means that investors have almost lost their passion for fomo for the endless NFT projects.

And this sentiment not only exists in the NFT market, but also in GameFi, DeFi, and public chains. It can be said that in addition to the "little bull market" brought by ETH2.0 to the secondary market, the entire crypto market has fallen into "silence".

But no matter how bad the market is, there are always projects that buck the trend and stand out (like Goblins in June).

And to this day, some of the items on the Opensea Top collections over last 24 hours list are certainly worth watching. For example, DigiDaigaku ranked fourth on the list. 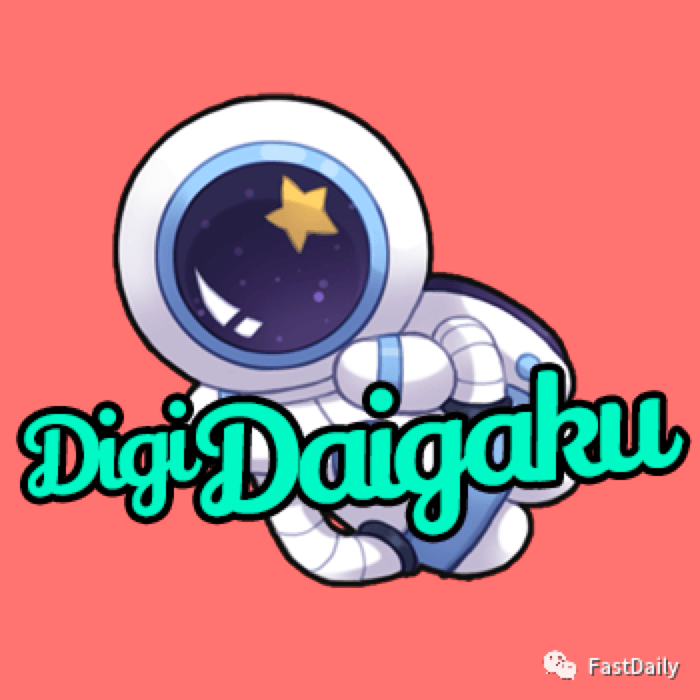 As a project that has only been open for one day, DigiDaigaku has undoubtedly accomplished a feat. Its floor price has reached a maximum of 2.45 ETH (1.55 ETH even at this moment) from the gas cost during the free mint period (about 0.003 ETH) in just one day. , which means that it achieved nearly a thousand times the return in one day.

In the previous article, we have introduced the current depression of the NFT market, so we can't help but wonder: under the current situation of overall decline, what is driving the price of this "newcomer" NFT to rise? And then we will discuss this issue together.

According to the general process of studying NFT projects, we should first go to the official website and social media to inquire about the relevant information disclosed by the official, and then analyze it in combination with the relevant data. But this process seems unlikely to apply to DigiDaigaku, as it has been around for too short a time and disclosed too little information.

Entering the official website of DigiDaigaku, we can find that there is no useful information except the announcement of the end of free mint and the tweets of the project itself and the project team.

After entering the official Twitter of the project, we will find that there is only one tweet, and there is no text description except for an emoji. 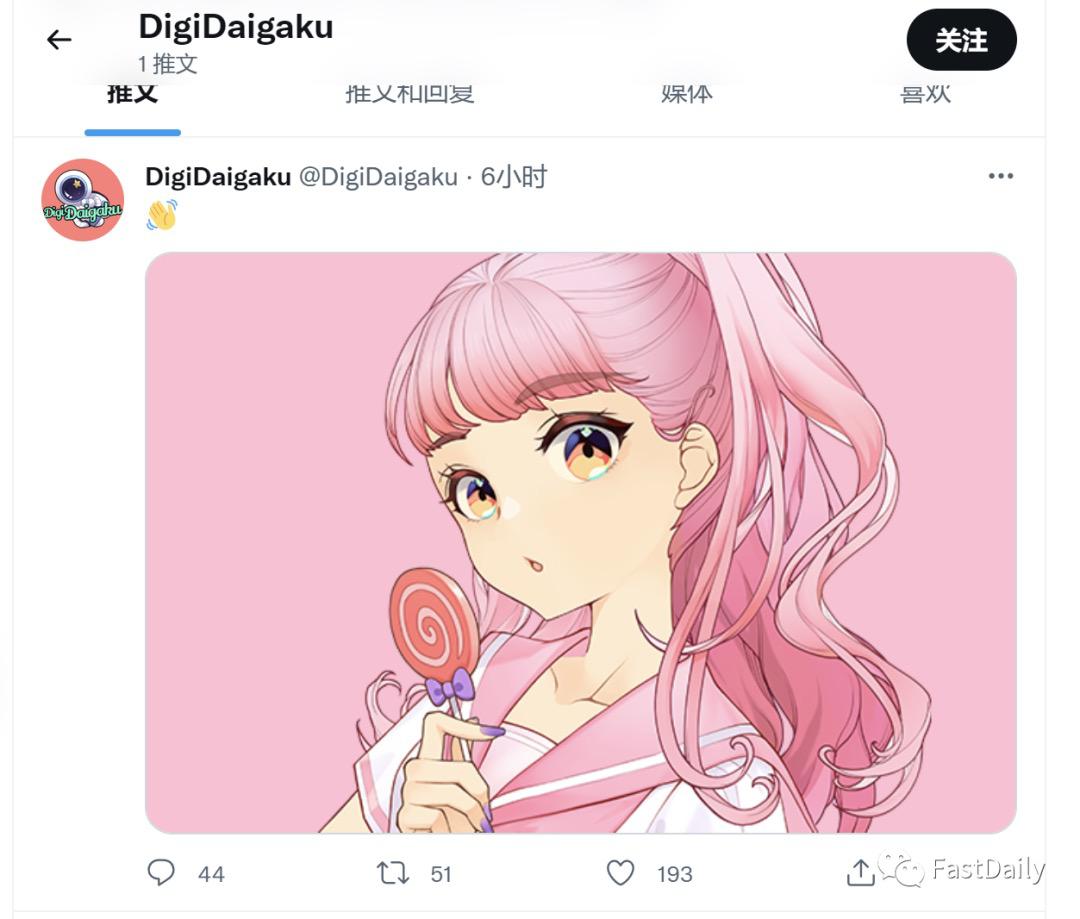 At this point in the exploration, it has begun to feel overwhelming. Not to mention the lack of official information, as a project that is only open for one day, its data is also quite scarce, and the problems that can be reflected are quite limited.

But at the same time as my head is big, I also have a faint hunch: in a relatively depressed and calm market atmosphere, a new project with so little information and an urgent need to polish its community construction is completed in one day. The increase of nearly a thousand times is obviously Counter-intuitive. Everything seems to point to its team background.

The team behind DigiDaigaku is Limit Break. Although this team is also a new team, its two founders, Gabriel Leydon and halbertnakagawa, are industry leaders. They are both core members of the well-known game developer Machine Zone.

Machine Zone is a well-known game developer founded in 2008. The company was originally called Addmired and changed its name to Machine Zone in 2012. It is headquartered in Palo Alto, California. Machine Zone is best known for its MMO strategy games Game of War: Fire Age and Mobile Strike, both of which are also among the top ten highest-grossing mobile games. In 2015, MZ Corporation was valued at $6 billion and is one of the most famous mobile game developers in the world.

The two founders of Limit Break, Gabriel Leydon and halbertnakagawa, are the CEO and co-founder of Machine Zone, respectively. This means that Limit Break has had its back against a big tree since birth.

In addition, the management lineup of Limit Break is even more luxurious. According to Gabriel Leydon's tweet, the initial start-up capital of Limit Break mainly comes from well-known institutions in the industry such as Paradigm, FTX, Coinbase, Yield Guild Games, Sfermion, Standard Crypto, Buckley Ventures, and Genblock Capital. 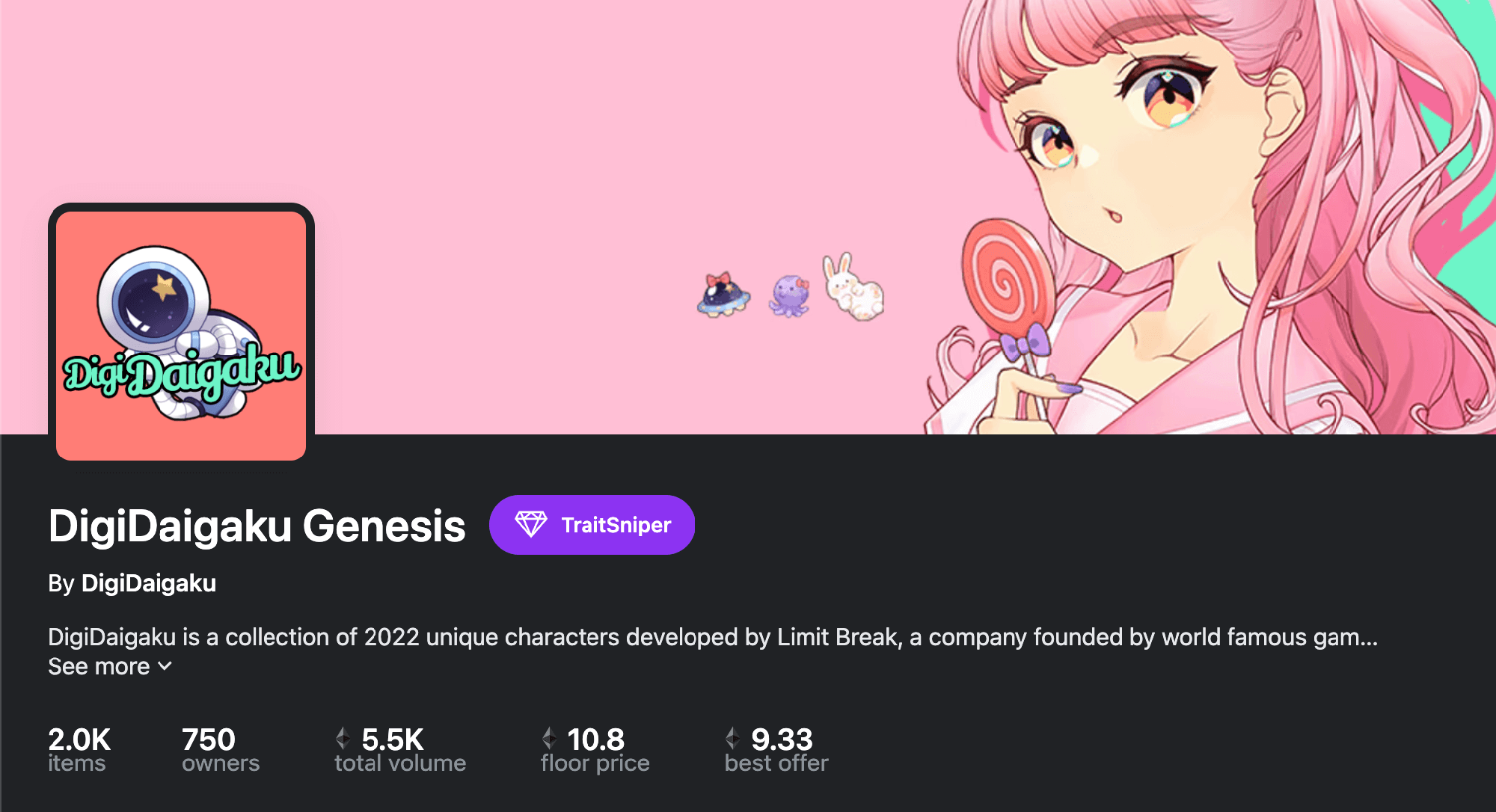 It is worth mentioning that this project is quite valued by Paradigm. Paradigm has been involved in the growth of many projects since its inception in 2018, some of the most famous investments include FTX, Coinbase, BlockFi, Maker, Uniswap, and Sky Mavis, among others. Judging from the investment projects included in its official website, it mainly includes cryptocurrency financial companies, NFT games, digital currency exchanges, cryptocurrency financial companies, and cryptocurrency data platforms.

Since its inception in 2018, Paradigm has been on a mission to be the earliest and most helpful partner to cryptocurrency entrepreneurs and communities. Therefore, in the choice of business model, the majority of Paradigm's portfolio is still those creative projects of a new paradigm. From the perspective of the track, its investment layout is mainly concentrated in the field of DeFi and infrastructure.

In 2021, with the explosion of the concept of NFT and metaverse, Paradigm's investment portfolio gradually tends to the field of NFT, metaverse and games. Influenced by the overall development trend of the encryption market, Paradigm has also begun to lay out the encryption tools sector, including data analysis platforms, open source projects, etc. During this period, Paradigm led investments in TaxBit, an automated tax platform, blockchain data analysis company Chainalysis, AI-driven NFT game ArenaX Labs, and sci-fi NFT card game Osmosis, among others.

In the past six months of 2022, Paradigm's investment focus has clearly focused on web3 applications, especially GameFi.

Limit Break, positioned as a Web3 game company, is undoubtedly a company that is quite suitable for Paradigm's appetite; not to mention that there is a behemoth of Machine Zone standing behind Limit Break, and the situation of joining forces is naturally welcome.

The strength of the team and the capital injection of many large institutions undoubtedly provide a strong endorsement and vitality for Limit Break and DigiDaigaku. This is one of the reasons why DigiDaigaku has been so successful (success only refers to the project's skyrocketing so far).

But it seems to be too thin to explain DigiDaigaku's thousand-fold surge alone, so let's explore other reasons for this surge.

At present, the downturn of the market is indeed an indisputable fact, but extremes turn against each other. Under the long-term sluggish market atmosphere, users will accumulate a strong feeling of stepping into the air, especially in the context of the relatively active secondary market driven by Ethereum. , this feeling will intensify. At the same time, this kind of emptiness is the foundation and predecessor of the fomo emotion.

But paradoxically, even with the accumulation of emotions, the market situation is still not optimistic. Reason tells people that investment cannot be carried out rashly, and the probability of failure at this time is extremely great. Therefore, the fomo mood had to be temporarily suppressed.

But what if there was a way to invest that cost almost nothing? Free mint seems to hit people's pain points.

The so-called free mint means that the casting of NFT itself does not require any fees, and users only need to pay the gas fee. Excluding the extreme case of excessive gas fees, free mint is almost zero cost for users. This means that even if the bet fails, the user suffers little loss. In the free mint mode, users can truly achieve "sane" fomo.

And DigiDaigaku knocked on the hearts of users with free mint at the juncture of fomo emotional accumulation, coupled with its strong team and luxurious management, and finally created the spectacle of the bear market a thousand times a day.

This may also give us some inspiration. From the previous research, a large number of institutions have been ready to move, and the market sentiment has gradually become in place. Even if the real bull market may still be far away, the secondary market will be followed by Ethereum, whether the NFT market can also use How about free mint as the starting point to start a round of Mavericks? The answer to this question is still unknown, but you can try to think for yourself. After all, free mint also means that the cost of trial and error will be relatively low.

How to play and earn NFT loans efficiently!

How NFTs are changing the future of photojournalists