The United States will introduce a stablecoin bill, which stablecoins are at risk?

As required by the draft bill, it would be illegal to issue or create new “Endogenously Collateralized Stablecoins.” This definition also applies to the sale of stablecoins that can be converted, redeemed, or repurchased for a fixed amount of monetary value, and that rely on the value of another digital asset from the same creator to maintain its fixed price.

How to understand "endogenous collateralized stablecoin"? In addition to the algorithmic stablecoins with the same mechanism as Terra/UST, which other stablecoins are subject to regulation? PANews tries to do the following interpretation.

a16z once mentioned “endogenous collateralized stablecoins” in a stablecoin article, which refers to the use of issuer-created collateral, such as governance tokens, as collateral for issuing stablecoins.

Likewise, in a bear market, liquidations can trigger a death spiral. A typical representative of Terra/UST is a failure in the death spiral. For lawmakers, such a mechanism is risky.

The following will discuss whether various types of stablecoins meet the description of the ban.

Some projects use their own governance tokens as collateral to mint stable coins with over-collateralization. Although the projects have their own risk control mechanisms, they meet the description of "endogenous mortgage stable coins".

For example, in Synthetix, the governance token SNX is used as collateral, and the stable currency sUSD is minted with a collateral rate of 400%. If SNX appreciates, the collateral can mint more sUSD. If SNX depreciates, sUSD is likely to remain safe due to the higher collateralization rate. 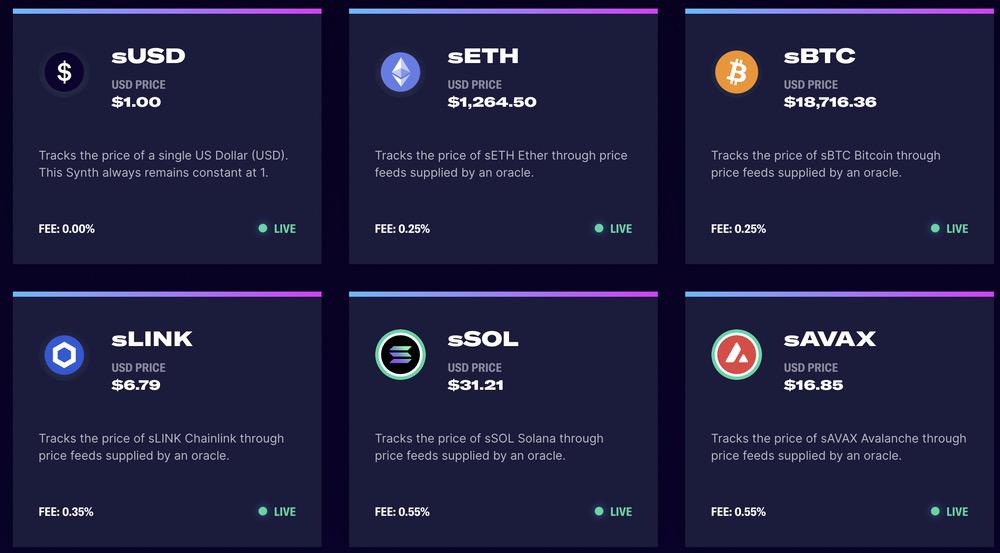 However, stablecoins such as sUSD are likely to face regulation as described in the U.S. Stablecoin Act.

The mechanism of Neutrino Protocol is similar to Terra. It is built on the Waves blockchain. The price has been slightly below $1 for a long time, and it is more likely to face regulation. 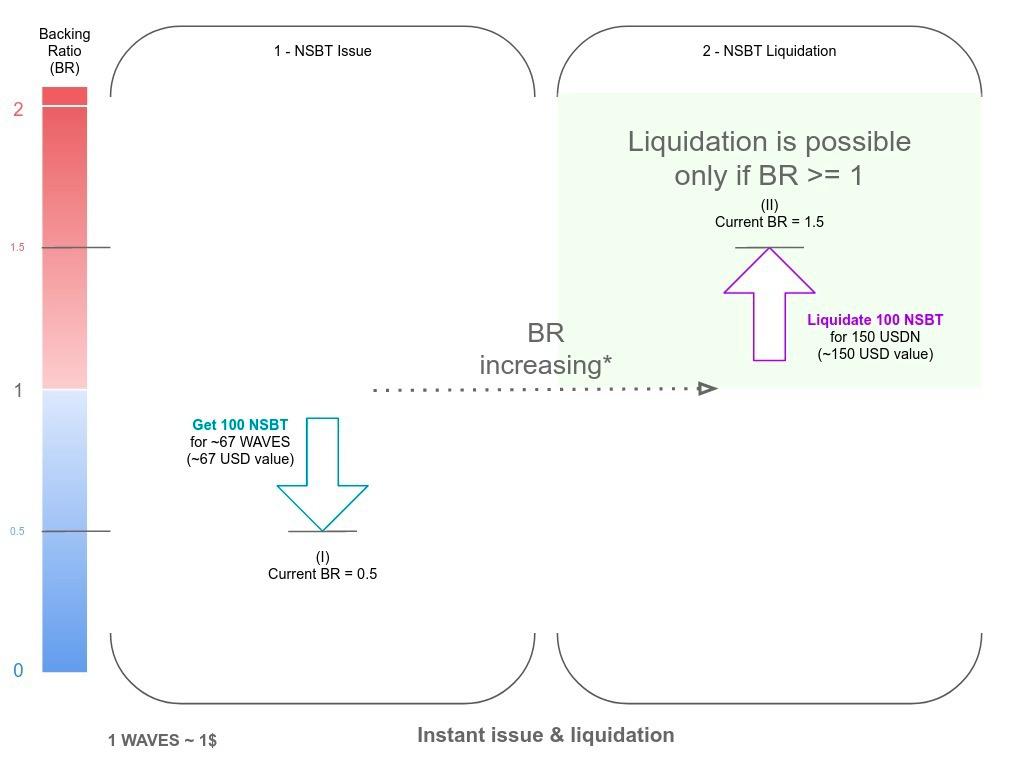 Although Neutrino, which issues USDN on the surface, and Waves, which issues collateral, do not belong to the "same creator", given that the main role of WAVES now is to serve as collateral in Neutrino. Even without considering this, the value of USDN needs to be maintained by NSBT issued by Neutrino. Therefore, Neutrino's information is more in line with the judgment of the ban.

The original similar USDD avoids this problem because of the adequacy and diversity of collateral. According to the official website of TRON DAO RESERVE, the USDD issuer, the current issuance of USDD is 725 million, and the total value of the collateral is about $2.2 billion, including 990 million USDC. The official website has also opened the PSM function, which can be exchanged with other centralized stablecoins and USDD.

While the current collateralization ratio of Frax is as high as 92.5%, and there is also a lot of liquidity on Curve, the possibility of a death spiral is low, but Frax may also meet the definition of the Act's prohibition. 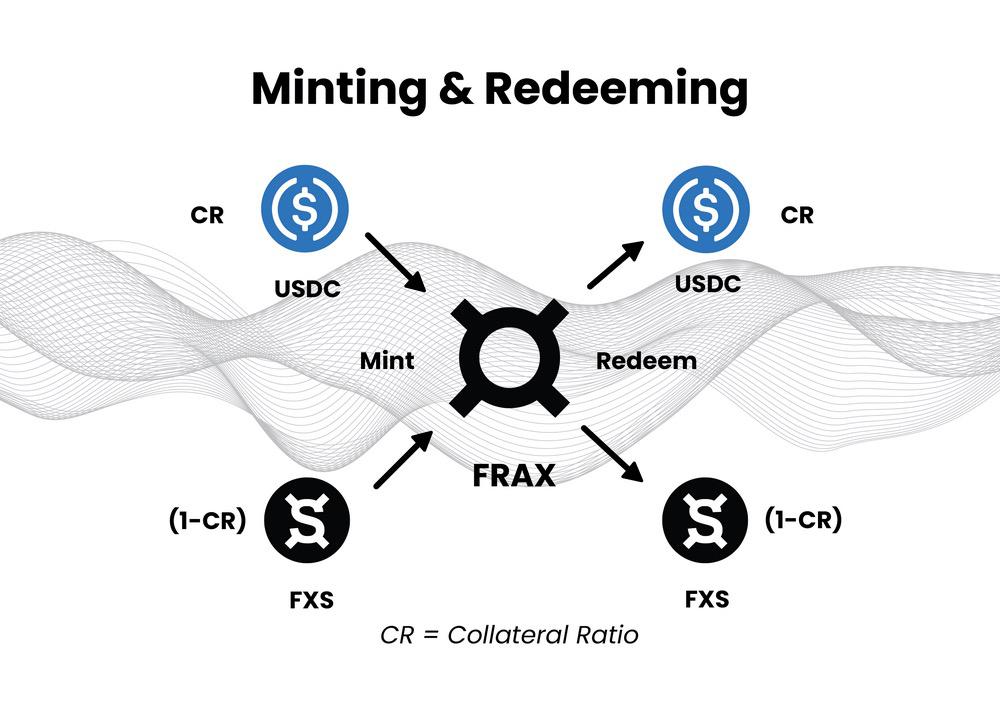 There are two extreme cases here. When the collateralization rate is 100%, Frax, like MakerDAO's PSM, directly mints 1 FRAX with 1 USDC. When the mortgage rate drops to 0, Frax uses the same mechanism as Terra, minting 1 FRAX with 1 USD of FXS, and 1 FRAX can also be redeemed for 1 USD FXS. In the latter case, Frax is undoubtedly the object of the Act's prohibition.

If taken literally, since Frax contains USDC collateral, it does not strictly meet the prohibition's description of "rely solely relying on another digital asset of the creator to maintain a fixed price".

However, excluding the USDC mortgage part, the value of the algorithm part does depend on the governance token FXS, so we believe that Frax may also be targeted by the US Stablecoin Act.

The draft bill also provides a channel to legally issue stablecoins backed by fiat currencies. Banks or credit unions can issue their own stablecoins, which are overseen by the Office of the Comptroller of the Currency and the Federal Deposit Insurance Corporation, both of which are federal banking watchdogs in the United States. The bill also directs the Fed to establish a process for making decisions on applications from non-bank issuers. Issuing stablecoins without regulatory approval could be punishable by up to five years in prison and $1 million.

Judging from the information I have come across so far, stablecoins such as DAI issued by MakerDAO and LUSD of Liquity mainly use decentralized assets such as ETH as collateral, which do not belong to the category of endogenous mortgage stablecoins. But no descriptions of such stablecoins have been seen so far, and it is unclear whether they are legal in the U.S. House of Representatives’ determination.

The bill is still in draft form and may be discussed as early as next week, with changes still possible, and it will take time until it actually takes effect.

Detailed explanation of XEN Crypto that caused the rise of Ether Gas: How to participate? !

Be the first to invest in most profitable projects